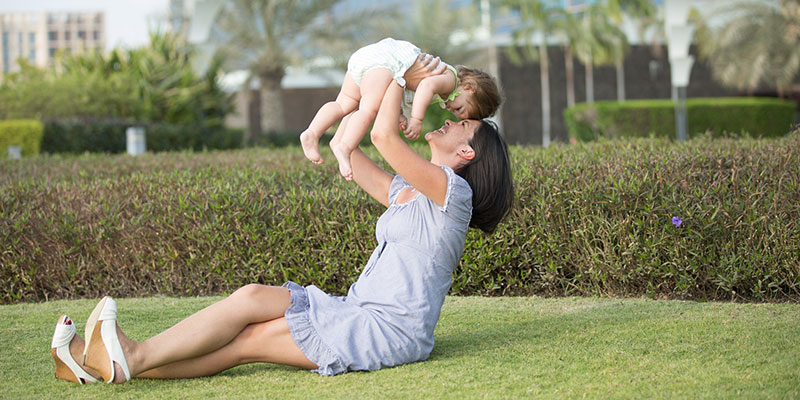 The families who grace our facility generally come here under very difficult circumstances with grave issues and great needs.  As a team, we are very fortunate in that we are able to witness their hard work and determination to succeed.   We challenge them from enrollment through graduation and our programs require they undertake many tasks in a very short period of time.  We are extremely proud of every family that passes through our doors, and their accomplishments are an inspiration to all of us.  We would like to share some recent family success stories which spotlight their spirit and determination.

Our latest graduate is Dee, who moved into Sand Castle Shelter in late October with her six children, ages 9, 8, 5, 4, 2 and six months.  The father of the six children was just incarcerated for a lengthy prison term, and she was starting over.  Immediately, we got to work.  Open to guidance and anxious to succeed, she secured a job within a very short period of time (and recently a second job), she became involved in the IMPACT program, secured day care vouchers through KV Works, secured a place in private school for her school age children through another available program and proceeded to find a place to live.

This is where she hit a brick wall.  Nobody was willing to rent to her because of the number of children and financial limitations of what she could afford.  I give Dee a lot of credit.  Despite the obstacles, Dee accepted words of encouragement and support and never lost hope.  With the help of SCS and related organizations, she found a small house.  By staying in constant contact with Housing Opportunities, the Rapid Rehousing Program (a program which provides matching dollars equal to what it cost for her family to be housed here) helped pay her deposits and first two months rent.  In addition, through a partnership SCS, a Red Cross affiliate generously provided all the furniture she needed to get her new place ready for her family.  In addition, utilizing materials obtained through our Housewares Program, she was able to set up her kitchen.  Dee represent how our SCS program works, with the right attitude and a willingness to follow suggestions, work hard and vigorously pursue community support programs. Congratulations, Dee.

The Smith family was comprised of a single Mom with three lovely children.  When Ms. Smith arrived at the shelter, she had no job, no home and no family support.  Determined to make a better life for her and her children, Ms. Smith immediately began a hard target search for a job, using the program resources of Sand Castle Shelter (“SCS”) and the Grace Learning Center. She was soon hired as an assistant store manager at a shop in Lighthouse Mall.  As part of SCS’s program of money management and budgeting, 75% of her income was saved each week her family resided at the shelter.

Once employment was secured, she began looking for an apartment locally which would consider her income as a basis for her monthly rent.  She found the perfect apartment, but still required some help getting started.  The SCS staff guided Ms. Smith to two partner programs in the community, Catholic Charities and the Rapid Rehousing Program of Housing Opportunities.  The Rapid Rehousing Program provided rental assistance for the first five months of her lease, and Catholic Charities supplemented that assistance with additional funds which were used for various deposits and needs.  In addition, and thanks to funds available in the Support Assistance Budget of SCS, Ms. Smith was able to purchase some mattresses and other needs for her new family home.

The Brown family came to SCS with their own unique issues.  Mr. Brown, his wife and five year old daughter had been living in a hotel for the better part of six months. While the wife was receiving social security disability and had a part time job to supplement the family income, the husband was unemployed.  To exacerbate an already challenging situation, they were turned down every time they applied for a rental opportunity due to debts which they still owed two previous landlords as well as an outstanding utility bill.

When they arrived, we developed a program which focused initially on a job for the husband and payment of the previous debts which were prohibiting them from finding an apartment.  Once the husband secured a job (within 2 days of entering the SCS program), we focused on the previous debts.  SCS waived the 75% resident savings program, opting instead on having the family create a detailed budget to pay the past debts over a six week period.  The Brown family worked very hard within the parameters of the SCS case management plan.  They utilized the banking and budgeting classes offered at the Grace Learning Center and the three hour related course offered at Catholic Charities.  Within 5 weeks, the prior debts were paid.

Once they found an apartment, they applied to the Rapid Rehousing and the Catholic Charities programs and received assistance from both organizations.

The Cline family enrolled at SCS under very difficult circumstances.  Mom, Dad and their 16 year old son all suffered from various learning and mental disabilities.  They had been living in their van, despite receiving $2,350 per month in social security disability and supplemental insurance payments.  We received a call from a family member asking us if we could offer them shelter and to help them with basic life skills to survive.

The entire team, from the SCS staff to the Grace Learning Center director and volunteers to an intern provided by Ivy Tech Community College in Michigan City, embraced this family and helped them address the challenges which previously had blocked them.  The family worked enthusiastically on creating a budget, learning how to prioritize debt and how to manage disposable income.  They attended a computer basics class as well as a budgeting class at Grace Learning Center where they learned how to create a budget and how to implement it as well.  They worked most evenings with the Ivy Tech intern learning to search for an apartment and how to fill out basic application forms.  Their commitment to learning these skills was essential, because the amount of money they received from social security prohibited them from participating in other community programs such as Rapid Rehousing and Catholic Charities.

In thirty days, they developed new skills, found an apartment, graduated the SCS program and currently live in our neighborhood.  They have simplified their lives and are now focusing on other ways to improve their lives.

The Davis family enrolled at SCS during the summer of 2013.  A single dad and his thirteen year old daughter found themselves in dire straits when the family member with whom they were living told them they could no longer stay with them.  With no job, no car and no roof over their head, they applied for and were enrolled here at SCS.  Dad was a Certified Nursing Assistant, but hadn’t worked in some time although his CNA certification was still current.  The daughter had some difficulty in school with certain subjects.

Dad was set on a rigorous job search schedule, and he utilized Grace Learning Center to his advantage.  He attended the Resume building class offered at Grace, and capitalized on the fact that Grace is A WorkOne access point for job searching.  Once he completed his on-line applications, he used public transportation (with bus passes supplied by SCS) and walked……. a lot.   He secured a job as a CNA at a local 170-bed skilled nursing facility servicing the Michigan City/La Porte area. He worked the 2-10 shift, walking home because the busses didn’t run that late.

His mornings were spent finding a place to live.   Working with Housing Opportunities and their Rapid Rehousing Program, he found an apartment, literally across the street from SCS.  Rapid Rehousing assisted the family by paying two month’s rent, as well as the payment of his NIPSCO and Water Department security deposits.  We are proud to welcome this family as new neighbors on our block!